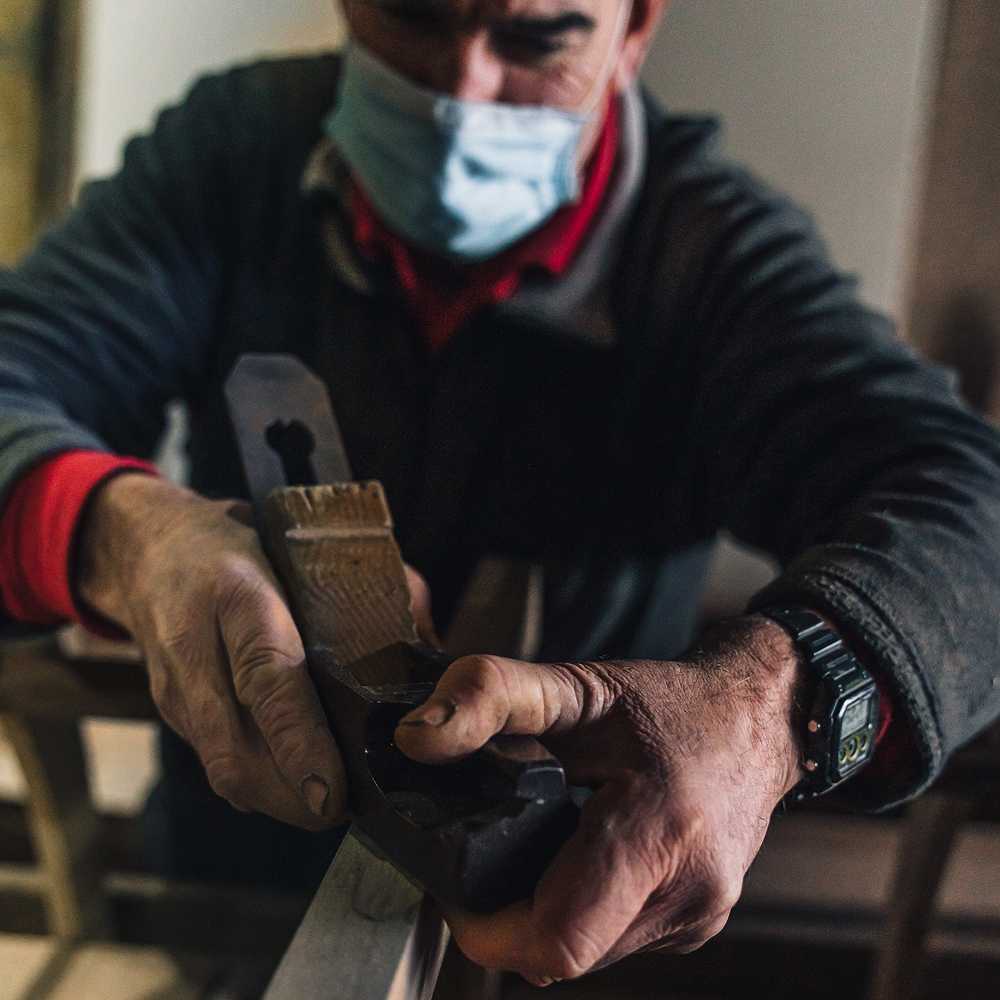 This squero was inaugurated in the 80's on the island of Giudecca at the Consorzio Cantieristica Minore Veneziana, when Stefano Costantini and Roberto Dei Rossi began to work under the guidance of Corrado Costantini, called "Buranello". Although it is a "young" squero, it faithfully respects the traditional characteristics being equipped with two large tezoni (canopies) and the port of call sloping into the canal. Generally, the squeri have, in fact, an open space in beaten earth towards the water for the launching and hauling of boats while the work takes place inside the teze, wooden sheds/roofs that rest on pillars, sometimes with an upper floor for the residence of the squerariol. In the Dei Rossi Shipyard the woods are also worked by hand, using ancient and simple tools such as the axe, the planer, the saw and the hammer. After the preparation of the "còrbe", the gondola is put in place on the yard, continuing with the rods, "sérci", "nèrve", "suchéti", "fiubóni", "còrboli", "castagnòle", "trasti". The gondola is turned upside down at 180°, bent with water and fire, sealed in the bottom and then finished with carving and painting. A meticulous job that allows for the creation of great masterpieces, the symbol of Venice.

DISCOVER ALL THE ARTISANAL PRODUCTS

Only on order
Gondola, Oars and forcole
Roberto Dei Rossi