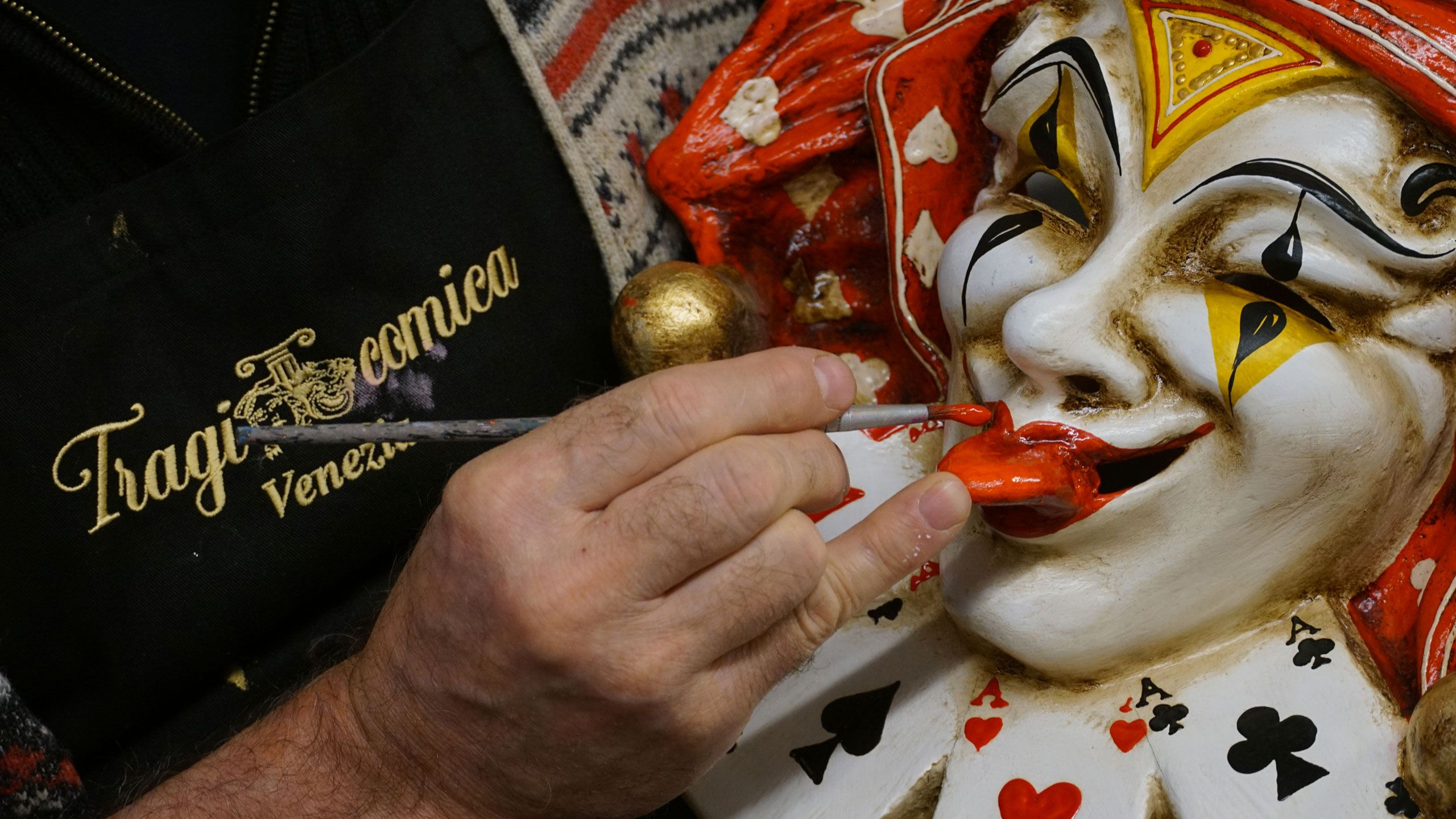 Made of leather and papier-mâché, not plastic and ceramic; to be worn, not hung on the wall. This is how to recognize real traditional Venetian masks. Their function, originally, was not so much to exhibit or amaze but rather to disguise men and women allowing for transgression through disguise.

The best-known example is the “bauta”, with a disturbing white mask on the face, the wide black cloak, the tabard, and the black tricorn hat. It is the typical Venetian disguise of the eighteenth century that guaranteed anonymity and, therefore, maximum freedom. Disguises not only during Carnival, but also in all those occasions of leisure and fun which were never lacking in Venice: parties, dances and, above all, amorous encounters.

Disguises for pleasure but also for difficult moments. In the Middle Ages during plagues, doctors used a mask with a long nose filled with spices, the so-called "mask of the apothecary" in order not to smell the odors and protect themselves from contagions. From functionality to the glitz and glamour of great occasions, masks and costumes are often enriched by curious figures such as horse heads.

In Venice there is a great tradition of ancient artisan "masqueraders" as well as historical tailors where expert hands cut and sew fine fabrics to create exclusive garments, true works of art, contributing to the sets of opera houses and ballet theaters around the world, as well as film and television studios.